We are now inundated with video streaming services, as the world continues its technological shift with regards to ways to put content in front of our faces. We’ve moved from video cassette tape to DVD, to Blu-ray and now to streaming. It’s convenient, offers up huge catalogs of content and best of all, allows us to spend all day in bed if we wish.

But while many places and publications will recommend the best TV shows and movies to watch on the likes of Netflix, Stan and relative newcomer, Binge, SBS On Demand movies have some infectious content of their own for your viewing pleasure. The publicly-funded Australian TV network offers a number of TV shows and movies to watch completely free of charge, and the selection on offer is on constant rotation, so there’s always something new to find.

Content is specially curated too, so some decent thought has gone into what you’re presented with, so we suspect you’ll easily be able to find a new favorite (just make sure you sign up for a free account first).

There is over 7,000 hours worth of content to choose from, but we’ve picked out some of the best movies that caught our eye, to take a little bit of stress away from this global situation.

Here are our picks for the best SBS On Demand movies.

The Lives of Others

Florian Henckel von Donnersmarck makes his directorial debut with this 2006 German drama film. It follows the Stasi, East Germany’s secret police force, and how they monitor East Berlin residents during the Cold War. Particularly, the film focuses on one Stasi officer who begins to feel sympathetic towards a couple he is spying on, and the conflicting struggles he deals with.

The Lives of Others was met with critical acclaim when it was released, making it easily one of the best movies on SBS On Demand right now. Notable film critic Roger Ebert described it as “a powerful but quiet film, constructed of hidden thoughts and secret desires.”

The Lives of Others won the Oscar for Best Foreign Language Film at the 79th Academy Awards, and Best Film Not In The English Language at the 61st British Academy Film Awards. 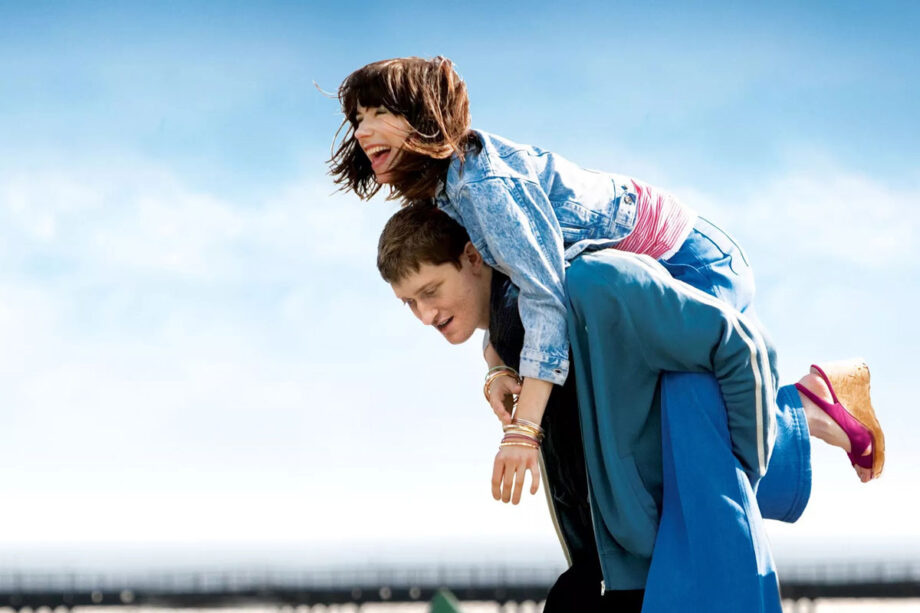 This 2008 British comedy-drama stars Sally Hawkins as Pauline “Poppy” Cross, a primary school teacher who always likes to look on the good side of life. No matter the situation, such as her bicycle being stolen, Pauline continues to maintain a good mood.

Her optimism demeanour allows her to fix the problems of those she meets, including a bullied pupil and her driving instructor.

Happy Go Lucky was well-received by critics, many of which praised Sally Hawkins’ performance in particular, as well as the direction of Mike Leigh. It was even included as one of the ten best films of 2008 by critics around the world. Unfortunately, it didn’t win the Academy Award for Best Original Screenplay at the 81st Academy Awards, but to just be nominated is no mean feat. 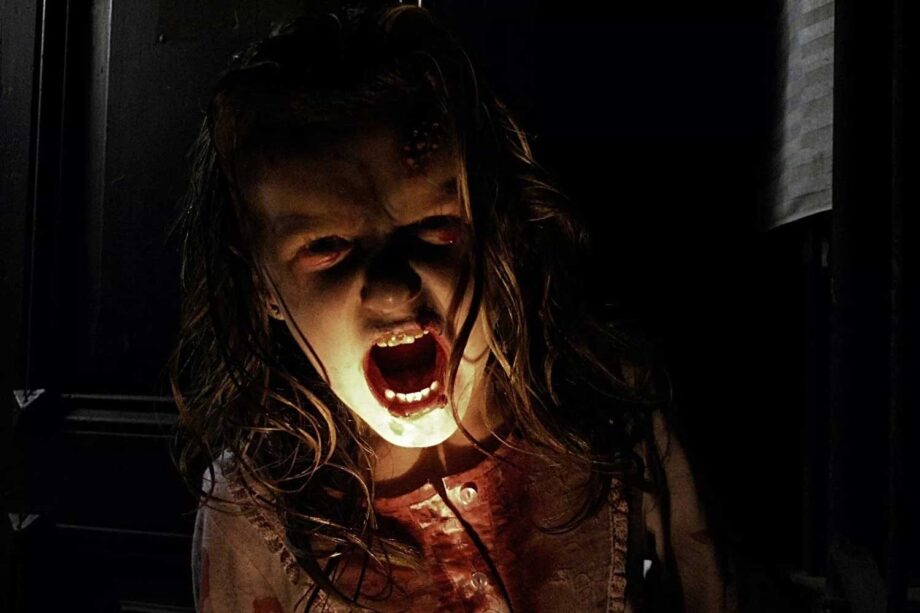 Hailing from Spain, Rec is often regarded as one of the best ‘found footage’ movies ever made. It follows a reporter and a cameraman as they head inside an apartment building behind a firefighter brigade. But, when an infection inside the building starts spreading, causing the building to be sealed up, everything is not as it seems.

At just over an hour in length, it’s not a particularly long movie, making this one of the best movies on SBS On-Demand for easy evening watching. 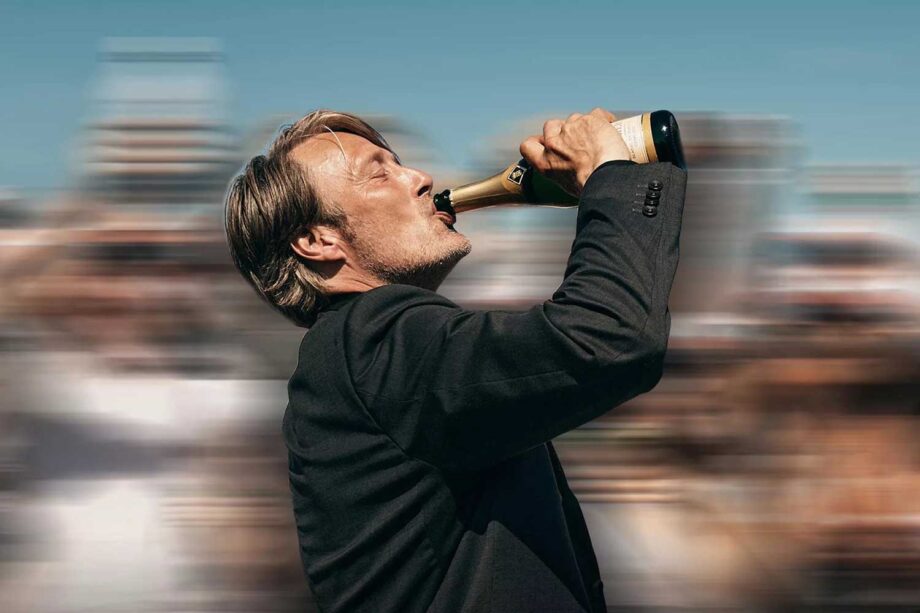 Everyone’s favorite Danish actor, Mads Mikkelsen, stars in this 2020 black comedy-drama which follows a group of four teachers at a gymnasium in Copenhagen. Following a night of celebrating, the foursome decides they are going to start drinking during their working day to see how it affects their productivity, as well as their social lives away from the gym.

If anything, it’s a perfect analysis of the famed midlife crisis and one of the best movies on SBS On-Demand right now. 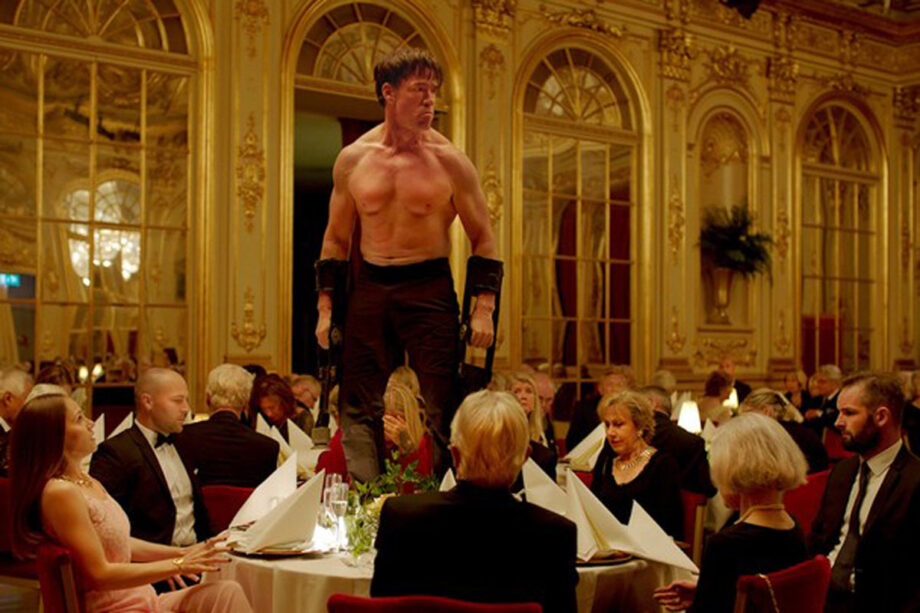 This Swedish production won the Palme d’Or at the 2017 Cannes Film Festival and stars Elisabeth Moss, Claes Bang and Dominic West. A satirical movie, it focuses on a museum curator who wants to create hype affairs for his museum through the media, however, personal issues and cause some hiccups along the way. 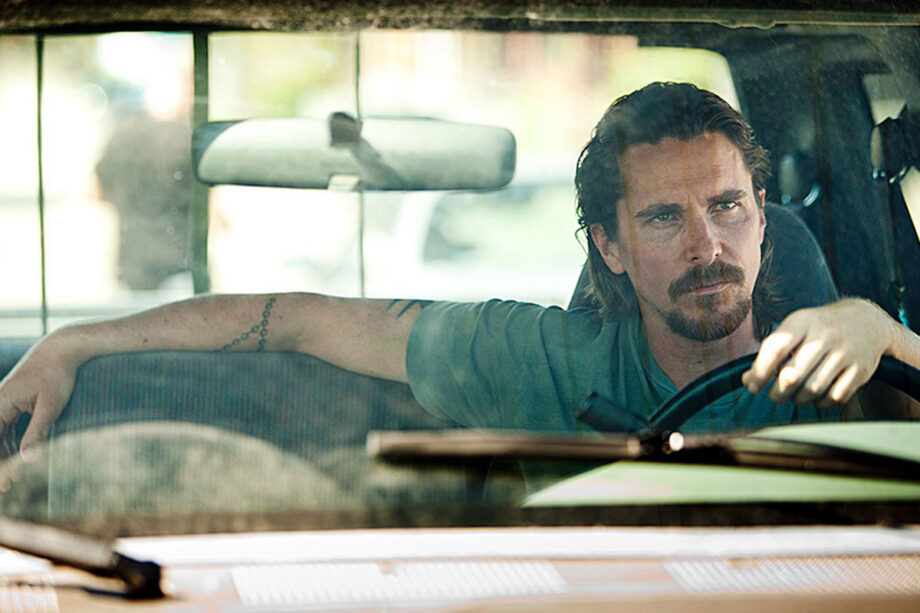 Out Of The Furnace

Christian Bale and Casey Affleck star in this crime drama that sees Bale’s character Russell going in search of his brother Rodney, after the latter returns from the war in Iraq and becomes indebted to a local crime boss.

While Out of the Furnace didn’t quite hit it with the critics, its star-studded line-up makes it a must-watch, and one of the best SBS On-Demand movies currently available. 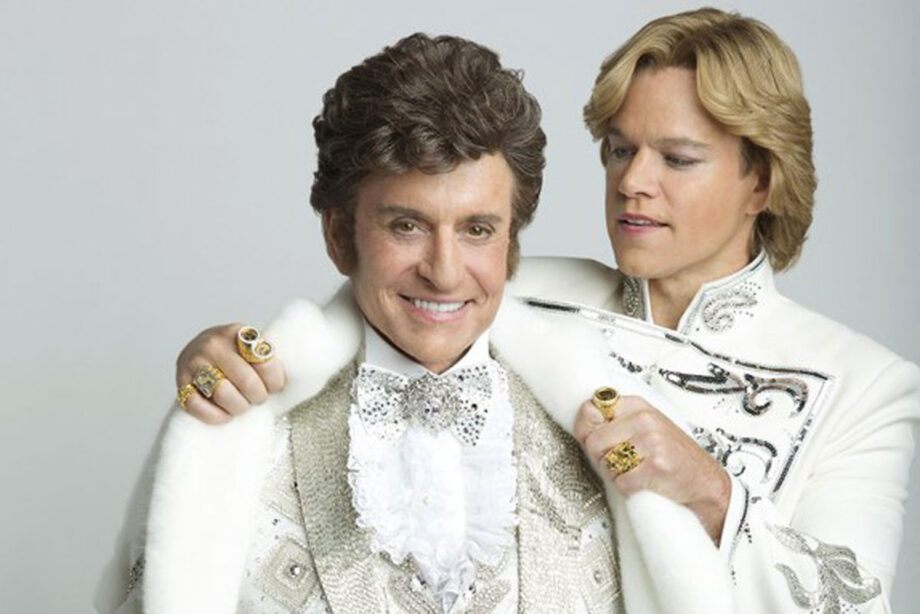 Steven Soderbergh directs this critically acclaimed film that stars Michael Douglas and Matt Damon, depicting the last 10 years of the life of Liberace. The movie is based on the memoirs of Liberace’s partner, Scott Thorsen and spent a good few years in the planning stages before it finally received the green light.

SBS On-Demand is currently the only place that is streaming Behind The Candleabra for free, making this absolute must-see one of the very best SBS On-Demand movies. 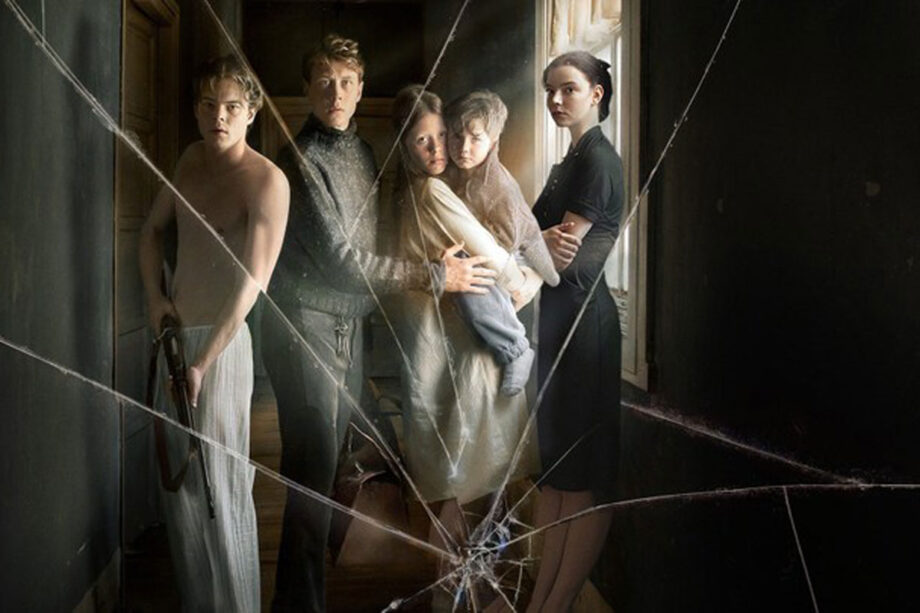 This Spanish psychological horror (don’t worry, it’s in the English language) focuses on the four Marrowbone siblings who flee from their ancestral home following their mother’s death. But the house they move into in America doesn’t necessarily prove the grass is greener on the other side. Anya Taylor-Joy (The Queen’s Gambit) and Charlie Heaton (Stranger Things) star.

Those looking for genuine scares may want to look elsewhere, but for everyone else, you can’t pass up Marrowbone, which comfortably claims a place on this list of best SBS On-Demand movies. 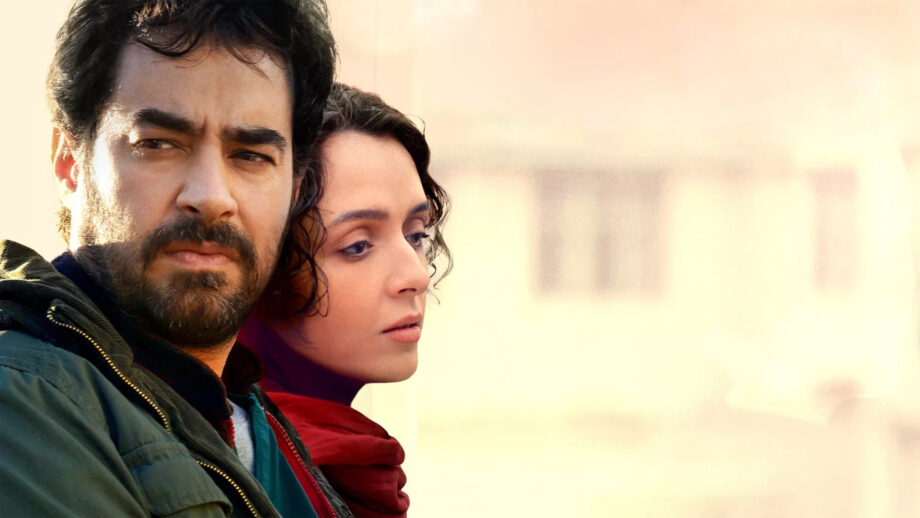 This Iranian-French film took home the Academy Award for Best Foreign Language Film following its release in 2016. A story within a story, it follows a married couple who perform Arthur Miller’s Death of a Salesman on stage.

One night, while the husband is away, his wife is assaulted in their apartment, and so the husband goes in search of the perpetrator for revenge. However, when his wife learns of his secret ploy, she gives him an ultimatum.

Director Asghar Farhadi (who took home the award for Best Screenplay at the 2016 Cannes Film Festival) deliberately chose Miller’s play because it shares similar themes to the movie he wanted to create.

The Salesman could be a film you’ve never heard of before, but given its incredibly positive critical reception, it’s definitely one of the best SBS On-Demand movies to stream right now. 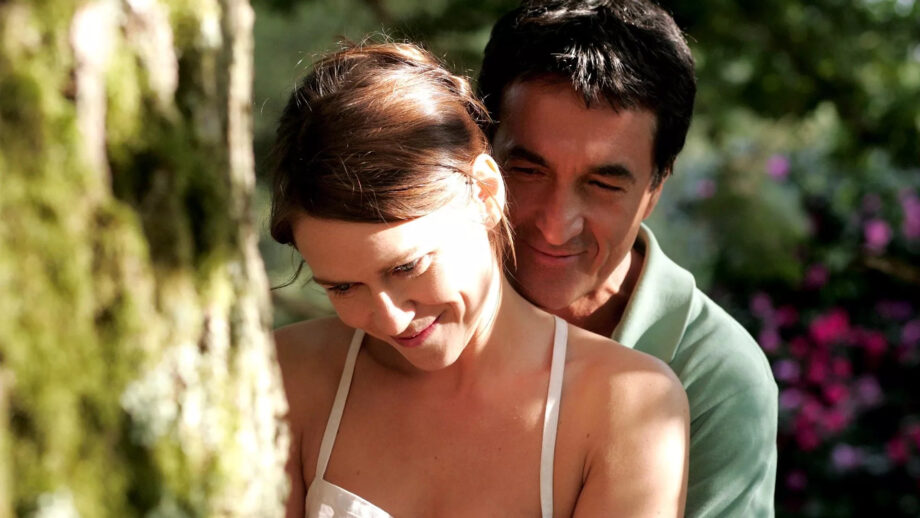 This 2006 French film based on the novel of the same name sees Dr Alexandre Beck becoming embroiled in a reopened case that attempts to find the killer who murdered his wife. However, after being implicated in the murder of his friend, Charlotte, and with his alleged dead wife sending him emails, the entire case takes a major twist.

British actor Michael Caine claims Tell No One was the best film he saw in 2007, which we reckon is enough alone to warrant it as being one the best SBS On-Demand movies. 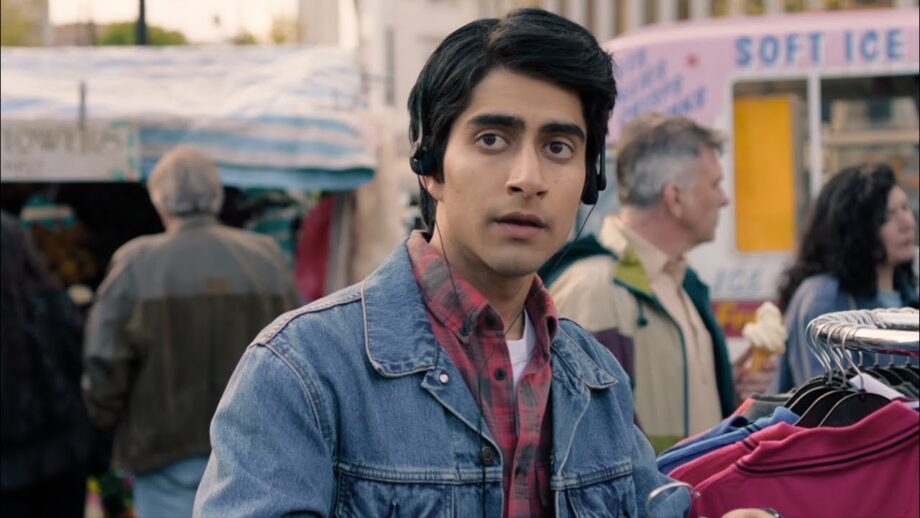 Blinded by the Light

Blinded by the Light is a British comedy-drama released in 2019, that is based on the true story of journalist Sarfraz Manzoor and his love of American rock ‘n’ roll star Bruce Springsteen.

Manzoor is a British journalist and documentary maker who is a regular contributor to the British newspaper The Guardian, and who presents documentaries on BBC Radio 4. His memoirs, ‘Greetings from Bury Park: Race, Religion and Rock N’ Roll’ inspired the movie .

The film itself focuses on a teenager named Javed, who, whilst growing up in working-class England in 1987, is subject to racial and economic turmoil. After becoming exposed to the works of Bruce Springsteen, he embarks on a journey to follow his dreams of becoming a journalist, writing stories about Springsteen to help him get a foot in the industry.

It was well-received by critics, with Anthony Ray Bench of Film Threat saying, it is “a feel-good movie that tackles a bunch of tough topics, from politics, race, family traditions, social frustrations and romance, without ever feeling preachy or overly cheesy.”

Be quick though, this film expires on SBS On-Demand in just 3 weeks. 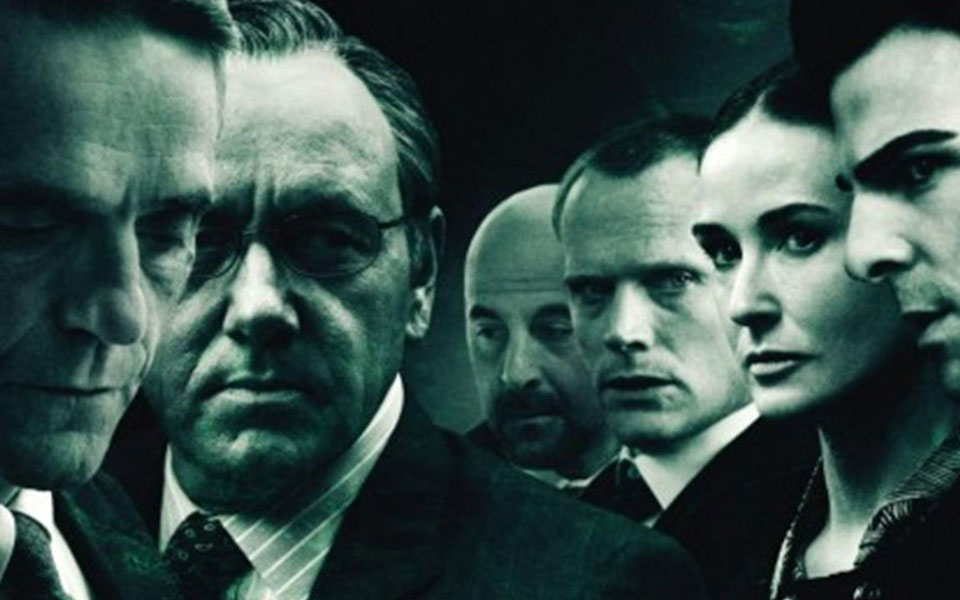 This 2011 financial thriller features an all-star cast – including Kevin Spacey, Paul Bettany, Jeremy Iron, Zachary Quinto and Demi Moore, and focuses on a group of employees at a Wall Street investment bank, and how they dealt with the initial stages of the 2007-08 financial crisis.

Margin Call received plenty of praise, with The New Yorker film criticizing David Denby saying it was “easily the best Wall Street movie ever made.” And, when you consider some Wall Street movies can be a little confusing, it makes Margin Call one of the best SBS On-Demand movies for those who enjoy watching bankers suffer. 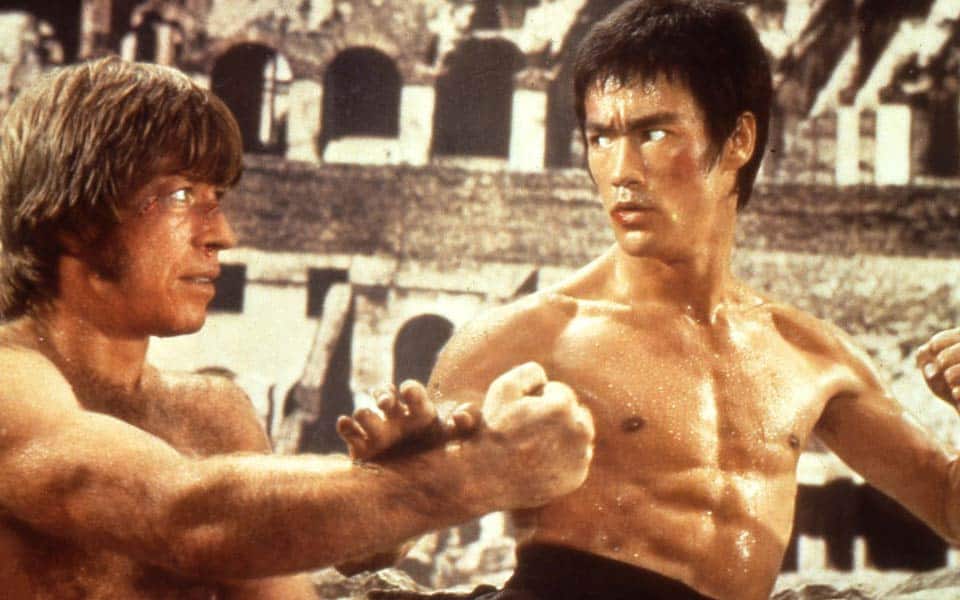 The Way Of The Dragon

SBS On-Demand has added a few Bruce Lee movie’s to its library recently, but it’s The Way Of The Dragon that we’ve picked out. The only movie that Bruce Lee directed himself, and the last one released during his lifetime, this action-comedy also features legendary hard man Chuck Norris in his movie debut.

Way of the Dragon follows Bruce Lee’s character Tang Lung, who travels from Hong Kong to Rome to help a family protect their Chinese restaurant from an onslaught of Mafia gangsters.

It’s always hard to choose the best Bruce Lee film, and others will likely have their own opinions, but for us, this is Bruce Lee’s best movie on SBS On-Demand. 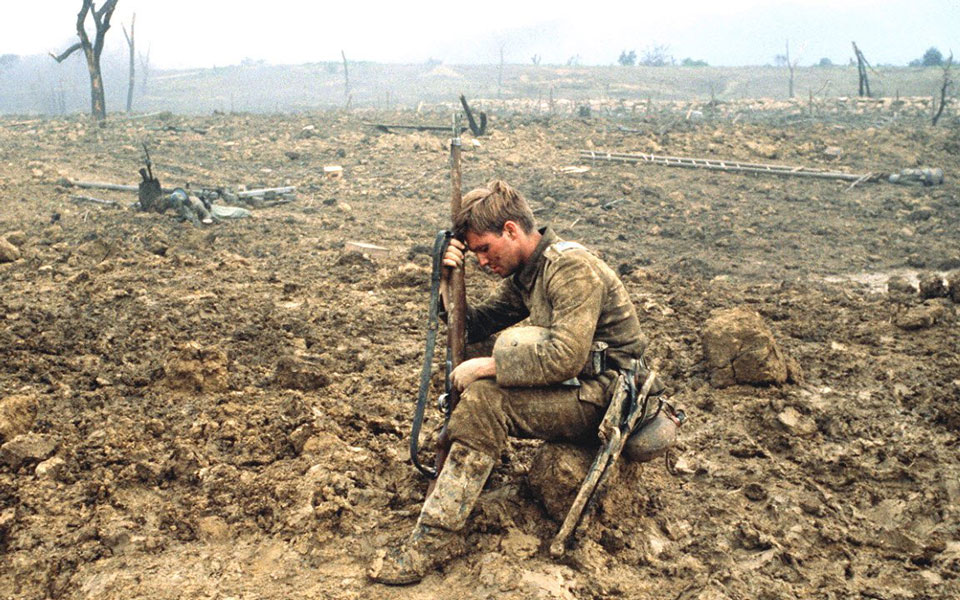 All Quiet On The Western Front

Based on the 1928 novel of the same name, this 1979 movie adaptation follows a young soldier, Paul, as he’s sent off to fight in WWI. It primarily follows Paul’s experiences of the war, and how he deals with the majority of his school friends being wounded or killed along the way.

He is able to return home for a couple of weeks, wherein he finds out his mother is dying. It’s also during this visit that he notices how the older generation has no idea what the younger generation is actually experiencing in the trenches.

Originally produced for television, All Quiet on the Western Front is now one of the best SBS On-Demand movies for fans of the war genre.